It goes without saying that we are dog people. We love dogs and we have a very close bond with not only our black labrador Mosa, but many of our friends’ dogs both here in Lesotho and further afield.

This emotional connection to any dog caused us to bury an unknown dog yesterday near our house. We don’t know how she died, she may have been hit by a car or perhaps just died of old age, but we found her lying in an abandoned and overgrown area at the end of our road. Along with our gardener, who owns several dogs, we dug a hole, buried her and laid a stone and some greenery on top of the grave. It was a hard thing to do, almost as if the physical act of digging a hole was a form of closure we never had with Guinness more than two years ago. The whole unexpected encounter made us think about dogs and their lives here in Lesotho.

We of course have a very western view of dog ownership, one that allows dogs to be in the house and part of the family. Here, the Basotho have a very different attitude towards dogs. Like many cultures around the world, the Basotho treat their dogs in a much more functional way, using them for security, livestock control or simply as companions out in the countryside. Basotho frequently ‘collect’ dogs, so that it’s not uncommon to see one person with four or five dogs trailing beside and behind.

The dogs are not necessarily healthy, but generally they are fairly well treated. That is not to say that Basotho can’t be cruel to their animals, as they definitely can from our perspective. Their actions towards animals are however borne out of a mentality of them serving a function and not from the same type of emotional bond that we maintain with our pets. This means that throwing a rock at the dog to control it or hitting it with a stick to make it listen are instinctive.

The dogs are of course the same as dogs anywhere – loyal, playful and potentially mischievous. A knock to the side with a stick is better than starving and as I said, the dogs are usually treated well. These are hearty dogs after all. They sleep outside at all times, frequently chained up, and endure the drastic daily temperature swings and fierce sunlight. They don’t have soft donut beds or toys to chew on, but rather each other to fight with and animal bones to eat.

For all the hardships endured and administered, dogs and Basotho are inexorably linked. On almost every hike in the countryside or walk in Maseru with Mosa, someone asks us: “give me your dog”. We shake our heads and say she is our dog, but you can see the respect for a beautiful dog that so many Basotho have. Perhaps it is a view of dogs as a commodity, one that can be bartered or sold if needs be, but I prefer to see it as a love of these loyal companions.  Hopefully some day Basotho dogs will have a few more creature comforts! 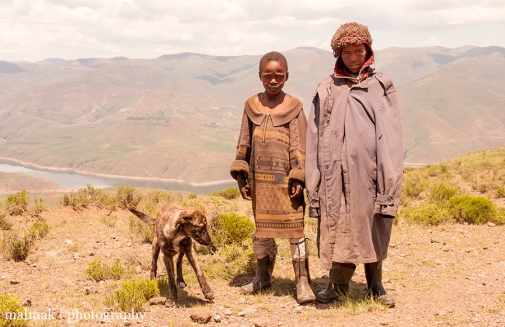 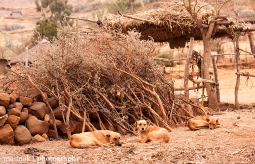 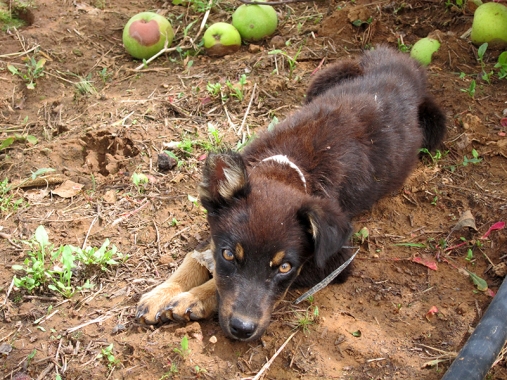 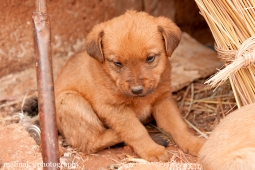 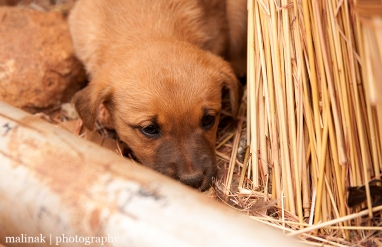