One of the better ways to spend a three day weekend is with good friends, in nature, seeing wild animals.  So this is exactly what we did.  With our good friends Armin and Brigitte, we drove down to Mountain Zebra National Park in the Eastern Cape of South Africa.  Originally set up as a conservation area to help preserve the dwindling Cape Mountain Zebra population, this wonderfully diverse, but compact, park is also home to lions, black rhino, cape buffalo and cheetahs among many other species.

The Cape Mountain Zebra was once on the very edge of extinction, but with the founding of Mountain Zebra and a couple of other smaller national parks in South Africa, this sub-species of mountain zebra is on the mend, though still vulnerable due to its limited habitat.  These animals are slightly smaller than their brethren of the plains and they have all white bellies, but really unless you are a zoologist, it is pretty hard to tell the differences, unless the two types are standing next to each other!  Zebras are great safari animals, because they generally are unbothered by close interactions with humans and tend to offer some fun facial expressions or physical activities. 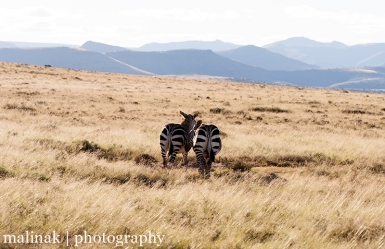 Seeing the zebras was great, but it was the opportunity to track cheetahs on foot that really captured our imagination.  After our wonderful experience at the Kwa-Cheetah Centre in South Africa, we thought a little walking safari to see a cheetah would be ideal.  We set off bouncing along one of the more rugged tracks in the park until our guide picked up a radio signal of one of the cheetahs.  Some of the cheetahs wore radio collars both for ease of tracking for the walking safaris and also for research purposes.  It did make the experience seem a little contrived, but then we set off on foot up a rocky hillside and practically walked right next to the dozing female cheetah in the shade of a small bush. The radio signal told the guide which general vicinity to look, but we were actually rather lucky to find her as cheetahas are ridiculously lazy and unless you happen upon one, like we did, they tend not to move unless they are hunting.  Once there, we had a lovely experience not more than twenty feet from her.  We had a quiet conversation about cheetahs and then after about ten minutes went back on our merry way.

We spent the rest of the weekend on self-guided drives around the park seeing rock monitors, slightly intense looking spiders, a herd of cape buffalo with a baby that wandered right past our car and even a distant sighting of the black rhino.  This last sighting prompted a fun little stalking exercise along a curvy track as we drove forwards and backwards trying to spot them in the distance through a little copse of trees.  We had hoped the rhino would re-emerge on the other side, but to no avail.  They were quite happy tucked away out of sight and this time we had neither permission, nor the inclination, to wander into the brush on foot to find them! 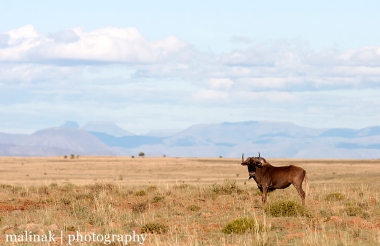 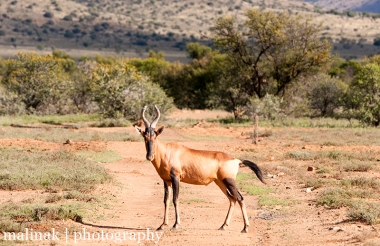 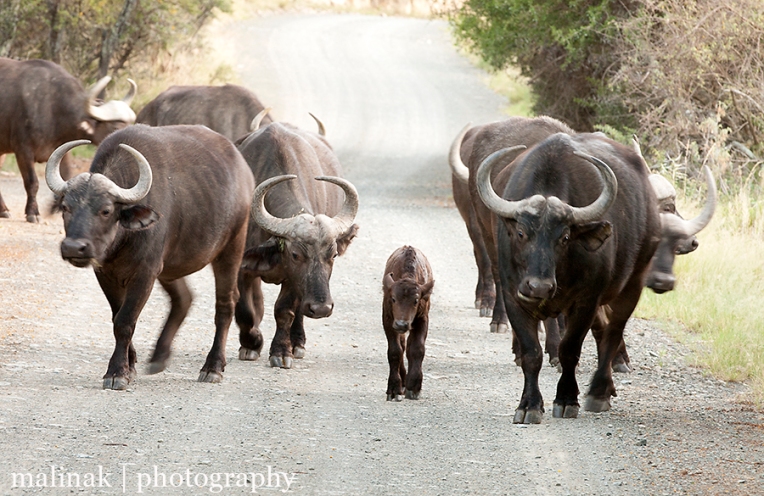 The animals were certainly the high point of the park, but the landscapes were unexpectedly stunning. Set amongst some rolling hills and plateaus, parts of the park had enormous sweeping views over the fields below, while other parts were hemmed in by deep ravines and thick copses of trees and brush.  Like so many other parts of southern Africa, the skies were expressive in their own right, with tufts of clouds marching across the endless blue palate – it truly was a landscape meant to be painted! 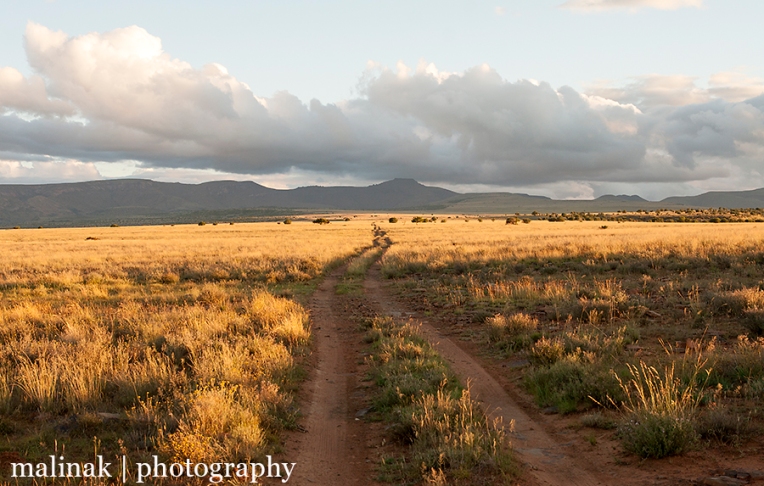 The lodging was a rather basic unfenced hut, but it was cozy enough, especially with the fire going.  The stars were quite bright and thankfully the lions were not interested in us!  All in all it was perfect for the four of us, though the lack of warm water in the outhouse style shower did make for bracing starts to the mornings!  Overall it was a lovely little getaway to another beautiful corner of this enchanting country and region.