Taking advantage of the four day Easter weekend in the UK I decided to come to DC for a few days to spend some time with CW.  Although he’s had to be in training we had a lovely couple of days over the weekend and several nice evenings together.  Without this visit we would have gone a few months before seeing each other which was just too long for either of us to bear.

It was a great weekend to be back as there has been loads going on.  The warmth and sun are finally trying to make an appearance here so it’s a really nice change from London which has been really cold lately.  It’s a great feeling to be able to have the windows open and not have to bundle up in a million layers.

Saturday we decided to meet up with Krissy and her friend in DC for the annual spring blossom festival.  Washington DC is known for its cherry blossoms around this time of year which bring thousands of visitors every year, similar to the foliage changing in New England.  Not only are the blossoms meant to be spectacular in their own right, but their location along the tidal pool near the monuments make them all the more special.

Unfortunately this year the sun and warmth hasn’t come early enough, so although the blossoms were forecast to peak this weekend, they are still feeling a bit shy and probably won’t make their appearance for another few days.  Nevertheless we had a lovely walk down to the new Martin Luther King Jr monument and a great view across the water to the Jefferson Memorial. 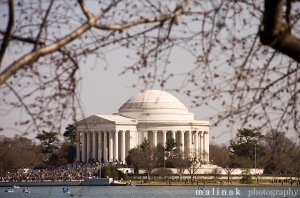 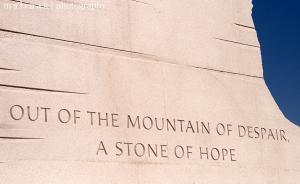 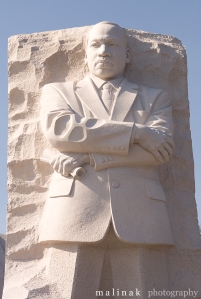 In the meantime we were distracted by another great event happening this weekend, the annual Blossom Kite Festival.  As we approached the mall there were not only hundreds of people who had come out to enjoy the sunshine, but it felt like almost all of them were flying kites.  The festival involves different components, one of them being the public field on the mall where people can bring their own kite and fly it.  It was quite a spectacle looking up the mall towards the Capitol and seeing so many colours and ribbons, creating quite a unique site! 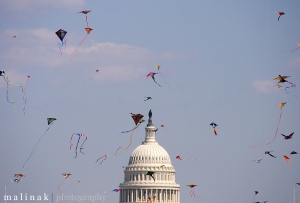 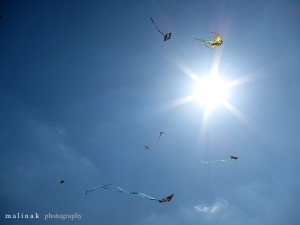 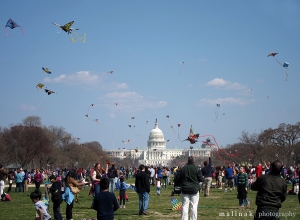 In addition to the public field there were other events including a Rokkaku Battle.  This Japanese tradition involves hexagonal-shaped fighter kites that compete against each other to stay up the longest.  Each kite flier runs around the field trying to ‘cut’ the other kites down using different tactics and the one who survives is the winner.  If you have ever read the wonderful book ‘The Kite Runner’ it’s a bit like this, though more closely managed and without the runners. 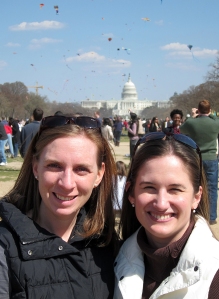 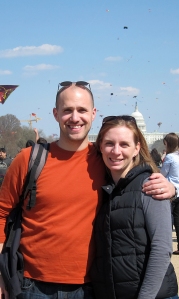 After the kite and almost blossoming cherry festival, we had a lovely drink and meal at the Elephant & Castle pub outside – a great way to finish a lovely day out!

Easter Sunday we had a relaxing day together doing a lot of admin getting ready for my move to DC and other things, and now sadly it’s time to leave for another few weeks of long distance.  A few more weeks of work and then I’m finished which is really hard to believe and also quite sad for me but all good things must come to an end!  At least this one leads us to a great adventure!

One thought on “:: kites, blossoms and easter bunnies ::”