Quito spoils you for natural beauty. There are towering peaks in every direction. Rivers thunder over cliff edges. The micro climates offer change in a matter of mere minutes as you climb out of valleys. All of this and wonderful green oases within the city itself. With all of this on our doorstep, it took us a while to find our way to las Lagunas Mojanda. Nestled within several peaks – including the exquisitely named Fuya-Fuya – these lakes offer an easy, and dog-friendly, getaway. 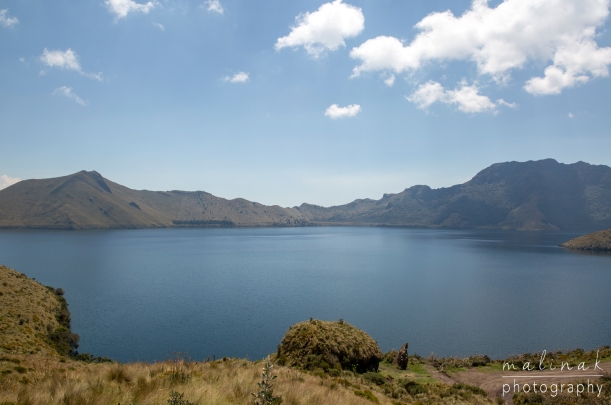 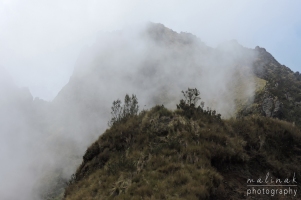 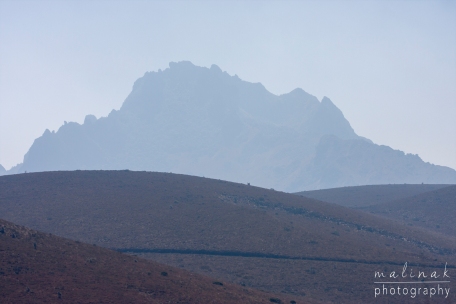 After the ease of walking Mosa anywhere we wanted in Lesotho, Ecuador with its extensive national parks, ecological reserves, and other off limits areas has greatly diminished our ability to take Mosa on our various adventures. Hence why the Lagunas de Mojanda are such a great option. Picturesque beauty, relatively unvisited, and with a lake perfect for doggie swimming!

Our first foray to find the Lagunas de Mojanda did not go exactly as planned. The main entrance is from Otavalo, but we wanted to approach from the southern Quito side and therefore followed a path less taken. We did fine for a while and then wound up on what could only be optimistically called a dirt track. It was a return to some of the harsher tracks we had encountered in the far reaches of southern Africa!

We were back in our element, but unfortunately Cora was pregnant so the bumps were quite hard. She and Mosa had a lovely, if not long, walk in front of the car while Piper and I braved the bumps in the car. We slowly made our way in past the smaller of the two main lakes, which offered some nice walking and a chance for Mosa to romp in the lake. Piper was in heaven watching Mosa chase sticks into the shallow water. 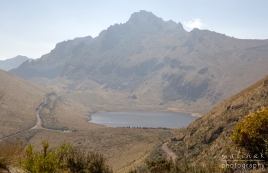 Visiting these Lagunas de Mojanda is a fantastic day out. Yes, the weather can be ever changing and frequently the clouds sit right on the ridge line above the main lake, but that helps to create an otherworldly environment. The best view is coming in from the Tabacundo side from the high pass looking down over the lake. It is stunning in its simplicity with nothing but paramo grasses, the lake, and the mountains behind – exactly how nature should present itself.